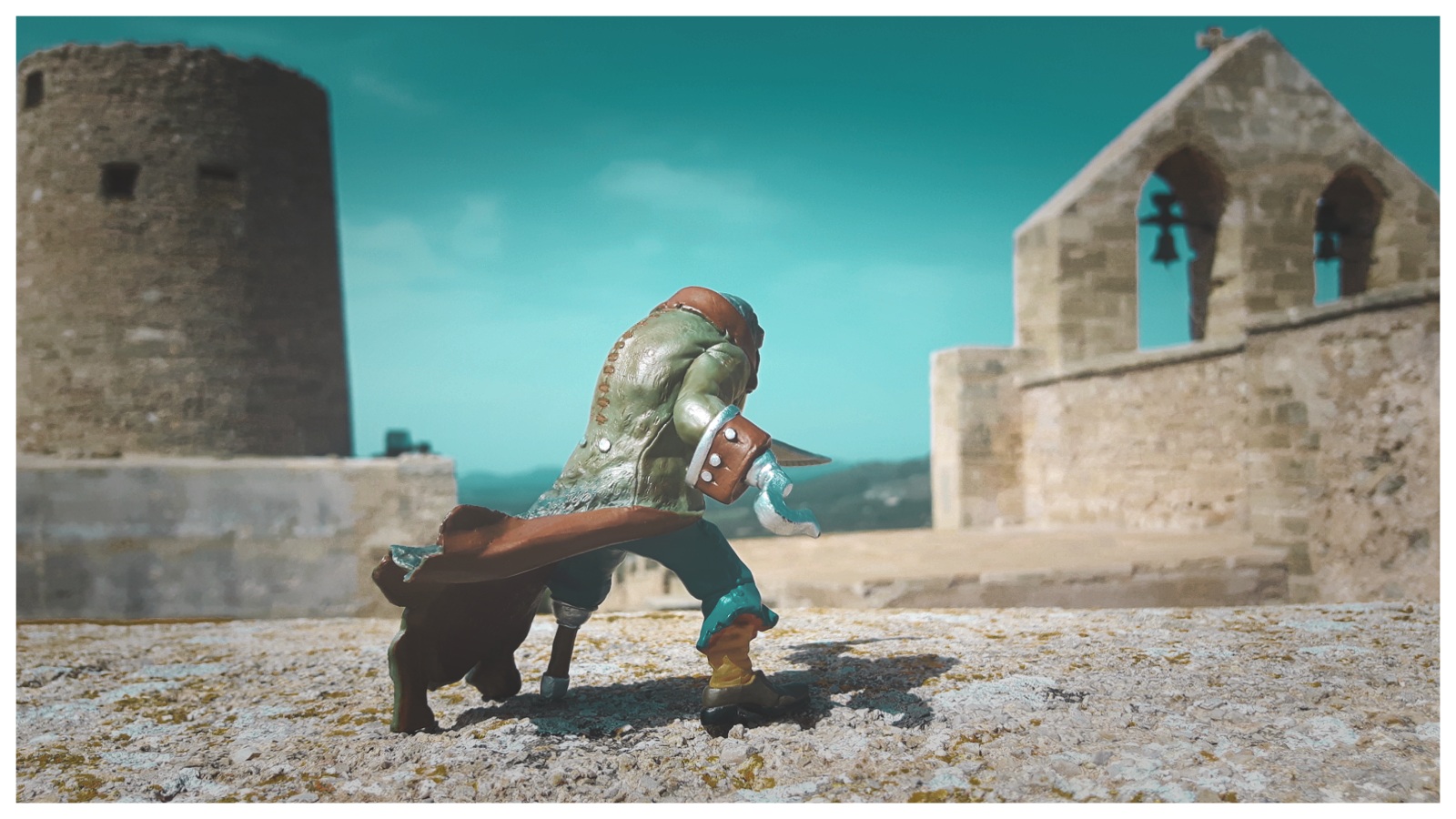 A pirate fleet held course to Capdepera at the end of the 14th century , but the inhabitants put a Madonna statue on the walls of the Castell and suddenly a thick fog came up. So the pirates had to sail home. ⛵
Now, 600 years later, the old Swashbuckler stands on the highest point of the fortress and looks over … ruins.
Merde! Too late!